Home » About Us » Blog » The Importance and Benefits of Bioheat®

The Importance and Benefits of Bioheat® 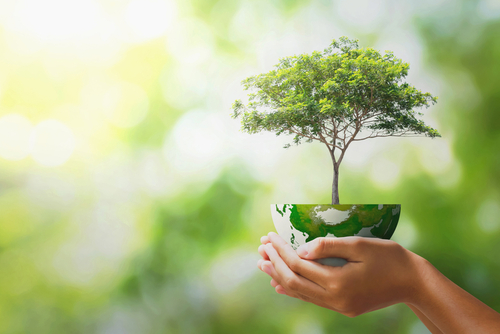 The United Nations recently released a report showing how serious the climate crisis has become and the urgent need for reducing greenhouse gas emissions.

As cooler weather approaches, there is one way you can make a difference. Use Bioheat® fuel, delivered by Santa Energy, to keep your home warm and comfortable.

Bioheat is a blend of ultra-low sulfur heating oil (ULSHO) and biofuels.

Biofuels are made from renewable resources such as animal fats, recycled restaurant oils and plant oils such as soybean.

When ULSHO is mixed with biofuels, it creates a cleaner-burning heating fuel that emits up to 80% less sulfur dioxide as well as 20% less carbon dioxide than traditional heating oils. Fewer greenhouse gases mean cleaner air and a more sustainable future for everyone!

You don’t have to replace, alter, or add to your home’s heating system to use Bioheat. It works like traditional heating oil but provides many benefits. Bioheat cleaner-burning means fewer deposits are left in your heating system, which reduces wear on parts and saves you costs on repairs. Also, with the heating system running more efficiently, it will save you money on energy costs.

The heating oil industry is working towards making B50 Bioheat, which is made with 50% biofuels, the standard by 2030. It’s part of the efforts the industry is taking to reach its goal of being carbon neutral by 2050.

Better for the Environment Than Electric Heating

There is a misguided effort to reduce greenhouse gas emissions by making homes and businesses convert their heating to electric-powered heating systems.

But as Bioheat continues to be increasingly biodiesel-based, its clean-burning makes it a more environmentally friendly option for heating than electricity.

Across America, more than 90% of the coal used goes towards electricity production. In addition to deforestation by mining and greenhouse gas emissions from combustion, the burning of coal is also responsible for a significant percentage of global carbon dioxide emissions.

Even if renewable power is available, the U.S. is not close to meeting its goal yet; we’re still stuck with environmentally destructive forms of electricity, and until that changes, heating with electricity cannot be considered the best option.

The push towards electrification will also force homeowners, landlords, and businesses to convert to electric heating systems, which can cost tens of thousands of dollars.